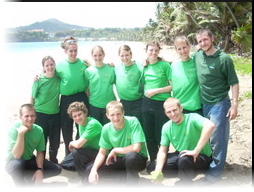 DRAMAministry has been in existence since the Spring of 2001. Since the very beginning God has had His hand in making this ministry happen. Tim King, Director of Ministries, was only 17 when the team started and was feeling very inadequate for the job. However, in a step of faith and trust that God would provide for all our shortcomings, DRAMA began!

Although the vision for DRAMA was at that time small, God had other plans for this 8-member group of youth. God’s vision was outside of our capacity to grasp. 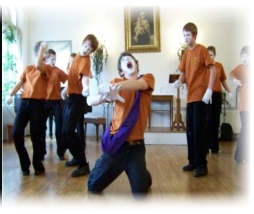 During that first session, God began showing us that His vision was bigger than ours. One instance was when we acquired our Bibles. We needed Bibles for some of our mimes, and got in contact with a Gideon who could donate some to us. The request was made for twelve. We would never need more than that on our team. (That was our rationale, anyway). That very next session, our team’s size was fourteen!

That would be the start of many other events showing that our vision was simply too small. God has had bigger plans all throughout our growth! Since that start, we have grown to have four teams here in the area. 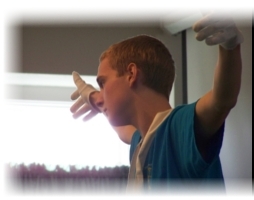 Some of the highlights of our history have been: 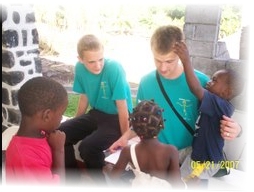 This only presents a small overview of the events in our ministry. The biggest highlight will never change though – God is with us. It has been a growing experience and a blessing to be a part of the ministry work God is bringing about in Lancaster County.
Discipling youth and equipping them with the foundations for the ministry God has in store for them is what we are all about. That highlight is always happening.

To find what is in the future for DRAMA, check out our Calendar and come out to one of the events!